A little off topic but hope you will indulge me…

As Friedrich Brandt marched with his comrades of the Kings German Legion (KGL) on the morning of the 18th June 1815 little did he know that his death on the fields of Waterloo would trigger a social media war 200 years later.

The KGL had a distinguished fighting record throughout the battles against France and Napoleon, they had served with the Duke of Wellington in the Spanish Peninsular and the KGL were some of the most experienced troops Britain could call on.

During the fighting at the Battle of Waterloo, the climatic final battle of the Napoleonic Wars the KGL suffered heavy casualties in the fighting around the farm at Hougoumont including it seems a young man with a slight curve to his spine who slumped to the ground as a musket ball smashed into his chest.

Hurriedly buried, his comrades moved on and the young man disappeared into history…and there the story may have ended had the carpark near the Lion Monument not been upgraded in time for the 200th anniversary of the battle 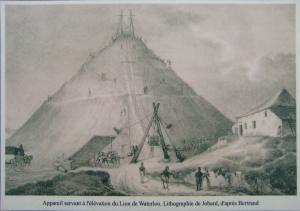 Lion Hill, La Butte de Lion, was built between 1824 and 1826, and is dedicated to the soldiers who died at the Battle of Waterloo

In June 2012 while the upgrades were being carried out a skeleton was discovered under the tarmac of the carpark. The first complete skeleton (well minus the skull!) to be found from the battle and with the musket ball that caused his death still lodged in his ribs, the discovery caused a sensation. (Daily Mail 5th April 2015) 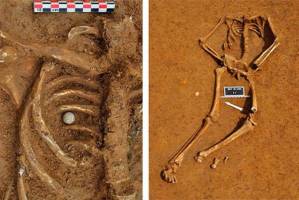 Remains of Friedrich Brandt complete with musket ball still lodge in his ribs.

With the artefacts found on him and a lot of detective work the skeleton was identified as that of Friedrich Brandt, a German from the state of Hannover fighting as part of King George III German Legion.

Now you would hope that as a soldier who had died in action his remains would be treated with dignity and given a full military burial either in his home state or in a cemetery near the battlefield. What instead happened was it was decided that his remains were to be put on display at the museum near the Butte de Lion.

Again this could’ve been the end of the story had the German Historian Rob Schaefer (@Gerarmyresearch) got involved. He quite rightly pointed out that displaying the body was disrespectful and tacky and certainly didn’t fulfil and scientific purpose.

He also pointed out that would he have been put on display if he had been a British Guardsman or a French Old Guard? There is precedent with the discovery and fully military funeral for a British guardsman found in Holland.

Using the power of social media Herr Schaefer galvanized fellow historians to start a Twitter campaign using the hashtag #peaceforFriedrichBrandt to highlight the cause and to pressure the museum and the Belgium tourist board to reconsider the display.

Very soon hundreds of Tweets carrying the hashtag were being tweeted and retweeted and many respected Military Historians were getting behind the campaign. A facebook page (Peace for Friedrich Brandt)  quickly garnered over 500 likes.

The reaction of the Belgium Tourist Board was disappointing to say the least, going onto the offensive they issued a statement saying that the decision to display the remains came after carefully consideration by a board of experts who declared it in the public interest to display the body.

They didn’t manage to say what scientific purpose this had and you have to feel that public titillation and the financial implications of the 200th Anniversary of the battle had more influence on their decision.

In this day and age do we really need to display human remains for the public to gawp at? A plaster cast of the bones would’ve served the same purpose and allowed the body to be reinterred with dignity and respect.

This campaign has bigger implications than just the bones of Friedrich Brandt it also brings into question the whole treatment of human remains by museum and institutions and what purpose they serve by displaying them.

My own personal opinion is that NO human remains, irrespective of age need to be on display, by all means run the full battery of scientific tests, takes casts, do what you need to do for us to understand everything we can about that person but they then should be reburied with as much dignity as possible.

If you agree that Friedrich Brandt should be buried with dignity then please do get involved, Tweet using the Hashtag#peaceforFriedrichBrandt  and like the Facebook page, if we can cause enough fuss then we may be able to get the museum to see sense.

Friedrich Brandt was a soldier who did his duty, he died fighting for the freedom of his homeland and fought as part of the British Army. He deserves much more than to end up in a display case 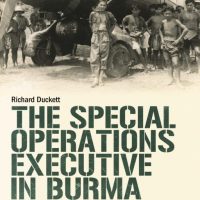 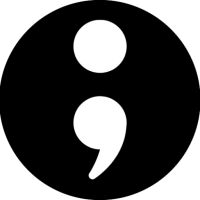